In addition to an older Wm82.a2.v1, we have now the version Wm82.a4.v1 of the soybean genome. We added the new data set to the Desktop and to the Web versions. Connecting similar genes helps visualizing the changes between the two assemblies. For example, you can see the sequence rearrangment for Chromosome 11 (a bookmark in the Web version).

Besides the usual tracks with spliced alignments of public ESTs and mRNAs, the Desktop version has also a track with tblastn matches of well characterized plant proteins from SwissProt:

The Desktop version also shows the synteny matrix where pairs of similar (by reciprocal BLASTP) genes form a dot plot that reveals the areas of the soybean genome duplication: 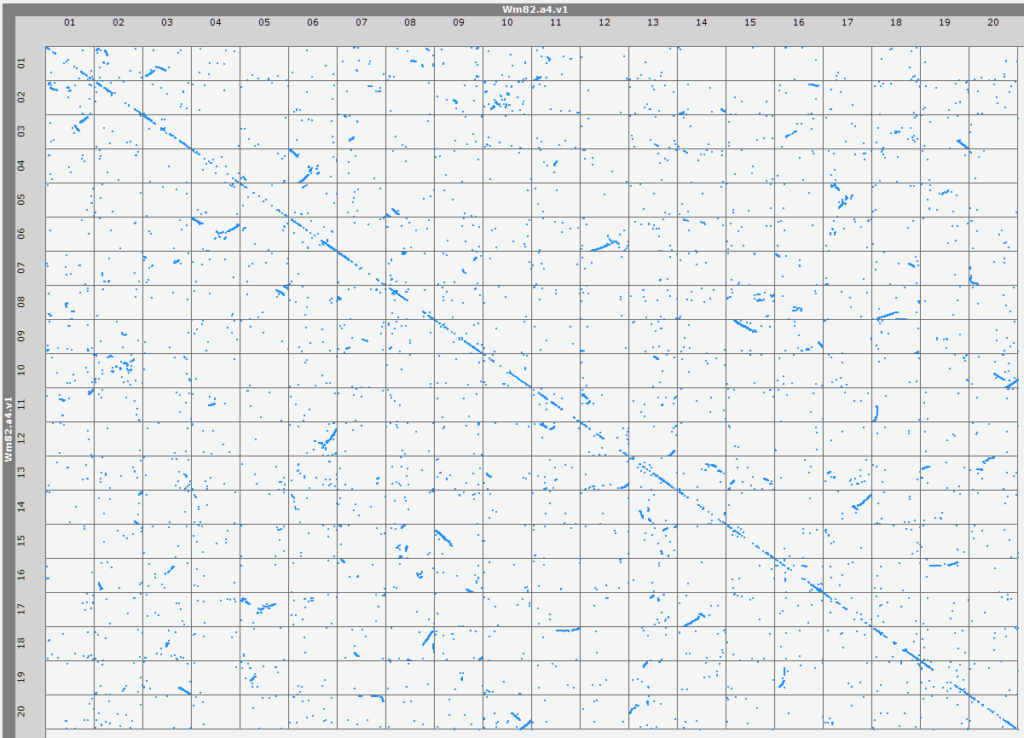 Note the main diagonal: the self-matches have been filtered out, still, there are multiple hits on the diagonal, which illustrates the tandem gene duplication.